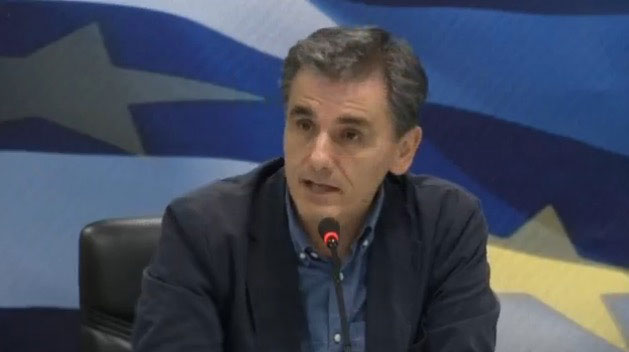 Germany and the EU “won” their arguments with Greece, and the country accepted another bailout deal as the cost of staying in the eurozone.

Neither the country nor the people wanted the bailout to come with another painful austerity package, but it has.

But it is not until you actually read the IMF’s July 14 memo on the current state of Greek debt (PDF) that you realise just how far from reality German chancellor Angela Merkel was when she got her victory, and just how realistic the protestations of prime minister Alexis Tsipras and his left-leaning Syriza government actually were.

The IMF’s analysis is brutal. Greece can’t pay the debt the Germans want it to pay, the IMF says, and instead it will need those debts to be forgiven if the country is to survive.

Bear in mind this does not come from a disinterested party. The IMF is owed €32 billion ($35 billion / $22 billion) by Greece.

And yet the IMF just called for “debt relief measures that go far beyond what Europe has been willing to consider so far.” It made that call after Tsipras agreed to the latest bailout — the one rejected in the Greek referendum — and even as Tsipras is trying to persuade the Greek parliament to pass the reforms on which it depends.

The memo is only four pages long but here are the highlights.

Note that the IMF says Greek debt is “unsustainable” and is calling for “debt relief,” not just additional debt or debt restructuring:

This is basically what former finance minister Yanis Varoufakis — the charismatic bald guy the Germans hated, who wouldn’t wear a tie — was calling for all along.

The IMF admits its debt estimates are all now wrong, by a margin of 60 billion euros:

In this next section, the IMF admits two more mistakes:

For Greece to survive, one miraculous thing must happen — Greece must suddenly become the fastest-growing, most productive economy in Europe:

(This isn’t completely unrealistic, because Greece is at such a low ebb right now that almost any growth would make it, in percentage terms, fast-growing.)

Lastly, here is the IMF telling Germany the thing the Germans don’t want to hear. Without debt relief, it’s going to take 30 years for Greece to pay the money back: