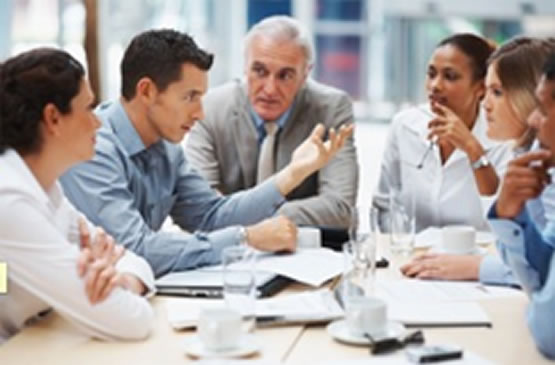 It is an issue that has been raised repeatedly in recent months, first ahead of last October’s budget and more recently in advance of the general election. It’s the tax burden carried by the self-employed, compared with their counterparts who work in the PAYE sector.

Given that about 17.4 per cent of the Irish workforce is self-employed, according to OECD figures for 2014, just ahead of the euro zone average of 16 per cent – down from 1990 when almost a quarter of the workforce was self-employed – it’s an issue that affects many people.

But to what extent are the self-employed really disadvantaged by Ireland’s tax system?

One area that hits the self-employed is the percentage of tax they pay. On incomes up to €100,000, both employees and the self-employed pay tax at a top rate of 52 per cent, when the universal social charge (USC) and PRSI are taken into account. However, once income goes above this figure, those who work for themselves will be disadvantaged because an additional three percentage point USC surcharge applies.

The institute argues that the marginal rate should be the same for both the self-employed and employees, and it sees the surcharge as a “penalty on entrepreneurship”.

And while the majority of self-employed workers will not be earning more than €100,000, the distinction does affect many, with some 28,700 people paying the three percentage point surcharge.

The revenue that is recouped from the charge is not huge either, at about €62 million a year.

“There is no particular logic behind this. Logic would dictate that there should be equity regardless of the source of income. It’s unjustifiable that there are two separate rates of USC for two different types of work-related income,” says Cavan-based chartered accountant Thomas McGibney.

Another way self-employed people are said to lose out is issue of the PAYE tax credit.

If you work in the PAYE system, you get a €1,650 tax credit every year, a figure that has fallen from €1,830 in 2008, and this cuts your tax bill by this amount. If you’re self-employed, you are not entitled to this credit.

Last year’s budget did introduce the €550 credit on “earned income” – ie it doesn’t apply to rental or investment income etc – but there is still a significant disparity between the two of some €1,100.

Moreover, you cannot claim the earned income credit until 2017, when you file your tax returns for 2016, although you will be able to account for it in your preliminary tax for 2017 this October.

You are not allowed to claim both the PAYE tax credit and the earned income credit if you earn money under both regimes. The maximum credit you can claim across both sources of income is €1,650.

However, in his budget speech Minister for Finance Michael Noonan said he saw the credit as a “first step” and that “further steps will be taken in future budgets, as resources permit”.

“It’s a worthy aim,” says McGibney, but he is not happy about the delay. “It’s a tad annoying that it’s taken so much time to get this far.”

A Commission on Taxation report in 2009 first suggested that an “earned income credit at a modest level should be phased in over time for proprietary directors and the self-employed”.

When it comes to social insurance contributions, the self-employed also lose out. If you are a PAYE employee, you will not pay PRSI if you earn less than €18,304 a year. Once it exceeds this limit, you’ll pay PRSI at 4 per cent (although a tapered credit for those earning up to €22,048 applies since January 1st, 2016).

The self-employed, on the other hand, pay PRSI at 4 per cent on any earnings in excess of €5,000 as they are entitled to no PRSI credit, and must pay a minimum of €500 in PRSI a year.

This means that the PAYE worker earning €18,303 won’t pay any PRSI.

The self-employed worker, on the other hand, will have paid just short of €732 by that stage, due to starting to pay PRSI at the lower income threshold of just €5,000.

The differential is most distinct at the lower end of the income scale. For example, a PAYE worker earning €15,000 will pay tax of just €210 a year.

A self-employed person, on the other hand, on the same income level, will lose €1,610 in tax in a year – or more than seven times more than the PAYE worker – due to lower tax credits and higher PRSI. And this is after the introduction of the earned income credit.

One reason typically given for the differential in the regimes is the way self-employed people can claim expenses.

McGibney says that the rules for claiming expenses are very narrow, as you can only claim a deduction against tax for any expenses that are “wholly exclusively and necessarily incurred in the business”.

One obvious discrepancy between PAYE workers and their self-employed counterparts is in relation to travel expenses.

Employees, for example, can claim an allowance at a rate of 59 cent a kilometre, in line with Civil Service rates. This means that someone driving from Dublin to Cork and back could, in theory, claim reimbursement of €307 tax-free from their employer in line with Revenue rules.

Of course, whether their human resources department would approve the claim is another matter.

A self-employed person, on the other hand, can only claim what they have vouched receipts for. “You can only make the claim for deduction against tax on the basis of receipted expenditure,” says McGibney. “The treatment of the employee is much kinder, because an employee doesn’t have to produce receipts; all they have to do is claim it.”

He suggests that a long-term solution would be to allow self-employed people to assess expenses based on a mileage rate also.

The new rules mean teachers will not have to pay income tax, USC or PRSI on reimbursements of travel and subsistence expenses.

The same applies to payments made by a company to, or on behalf of, a relevant director of that company in respect of certain vouched expenses of travel and subsistence incurred by the relevant director.

Self-employed people are also treated differently to PAYE workers when it comes to social welfare entitlements. By paying PRSI Class S at 4 per cent, they are entitled to the State pension, maternity benefit and jobseeker’s allowance. They will not, however, be able to claim jobseeker’s benefit or sick pay.

For some time this has been highlighted as a shortcoming of the system and is inequitable to those who are self-employed and paying PRSI.

Indeed, the political party Renua Ireland wants to allow the self-employed to opt in to the PRSI system to avail of these extra benefits.

However, self-employed people do not have the burden of employer’s PRSI which is a hefty 10.75 per cent. This, it could be argued, justifies offering those PAYE workers whose employers shoulder the burden of the charge greater welfare benefits.

“On the one hand, it’s a colossal benefit to self-employed people,” says McGibney, noting that employer’s PRSI is a “fairly serious tax on employment”.

The self-employed can also access potentially the most lucrative of all benefits, the State pension, which, it has been estimated, has a typical value of about €250,000 per person. Would you get such a fund if you invested 4 per cent of your annual income yourself?

So, for reasons such as this, “it’s not exactly fair to chalk it up as a serious inequality or grievance”, says McGibney of the exclusion of the self-employed from certain welfare benefits.